​We invite you to join us for An Evening of Celebration + Inspiration, a special virtual event to dedicate the new Dr. Esther Grushkin Center for Arts + Culture.

During the event, we will celebrate the inspiring future of our programming by honoring Amy Posner and Henry A. Salmon for their contributions to Staten Island's cultural landscape. We will also be joined by guest speaker Jodi Rudoren, Editor-in-Chief of The Forward. Jodi spent more than two decades as a reporter and editor at The New York Times, where she also served as Jerusalem bureau chief.

Registration is required. Please RSVP to honor Dr. Grushkin's legacy of learning, which will live on in this new Center.
REGISTER HERE
​Virtual Journal 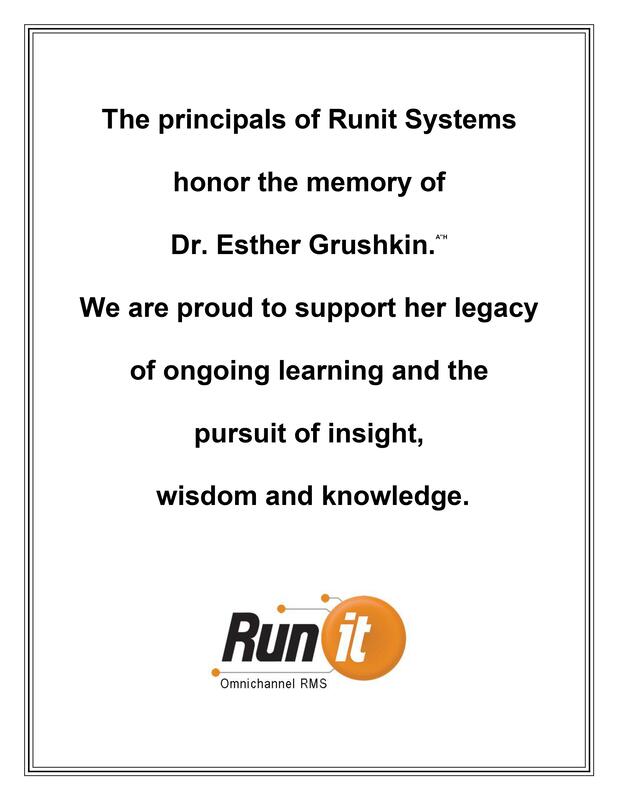 Henry is a past board chair and Economic Development Committee chair for the Staten Island Chamber of Commerce which awarded him its Louis R. Miller Award for business leadership and the Distinguished Service Award. He is a former member of the Staten Island Economic Development Corporation’s business council. He is also a board member of Children At Play Early Intervention Center and Pre-School. He is a member of Mid Island Rotary, has twice been president of the Club and been honored as a Paul Harris Fellow.

Henry Salmon and his wife, Linda, are residents of Edison, New Jersey. They have three children and four grandchildren.

In Henry’s home community he is a past board member and Investment Committee chair at Highland Park Conservative Temple-Congregation Anshe Emeth and a past president of the Solomon Schechter Day School of Raritan Valley where he was recognized for outstanding service
Guest Speaker: ​Jodi Rudoren – Editor-in-Chief, The Forward
on both the Metropolitan and International desks, before joining the masthead as Associate Managing Editor for Audience Strategy.
​
A longtime digital innovator, Jodi was executive producer of the multimedia series “One in 8 Million,” which won NYTimes.com’s first Emmy Award, in 2009, and served on the 2020 committee about the newsroom of the future. She also serves on the Board of Directors of the Fuller Project, a nonprofit newsroom doing groundbreaking investigative work on issues that affect women.
​
Jodi grew up in Newton, Mass., and graduated cum laude in 1992 from Yale University, where she was Managing Editor of The Yale Daily News. She and her husband, Gary, combined their surnames in 2006 and live in Montclair, NJ, with their twins, who just turned 12.
Donate
Whistleblower Policy
Title VI Notice to the Public
Staff Resources Login
© 2019 JCC of Staten Island